The historical, archaeological and geophysical (non-invasive) surveys of the Vilna Gaon State Jewish Museum, the Lithuanian Institute of History and Geobaltic UAB conducted in 2015-2019 resulted in the discovery of several new objects at the site of mass killings organised by the Nazi regime in Aukštieji Paneriai. The new data enabled an entirely different perception of the territory, revealed the functional interfaces and allowed a more-detailed reconstruction of how the mass killings were organised.

As part of the complex project of handling the Paneriai Memorial which pays tribute to the Holocaust victims and all victims of Nazism, due to increasing visitor interest in the memorial site and to present the results of the latest research, the Vilna Gaon State Jewish Museum initiated the creation of the website www.paneriumemorialas.lt, which is funded by the U.S. Commission for the Preservation of America’s Heritage Abroad. This website is expected to contribute to a deeper awareness of the history of Paneriai and facilitate the understanding of historical signs of the former site of mass killings.

The website contains information on known and newly discovered objects related to the history of mass killings in Paneriai, as well as general information about the events of 1941–1944 in Paneriai, their chronology, historical context, and memorial symbols.
The new site also functions as a platform for computers and mobile devices. By scanning QR codes at the objects in the memorial, visitors can obtain their stories in an authentic location. Since the content of the website is subject to changes as new historical material, comes to light the initiators of this venture encourage the public to send materials related to Paneriai history by email: paneriumemorialas@jmuseum.lt. 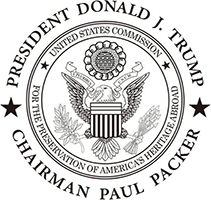 Return to the map